Welcome to the Stamp Review Crew's Waves of Inspiration BONUS edition! The "Crew" is a group of Stampin' Up! demonstrators from around the world who pick a stamp set or bundle to highlight on the first and third Mondays of each month, with a bonus hop if there is a fifth Monday. If you landed here from Jay's blog, welcome! There are only three of us today, so it's a quickie bonus hop! 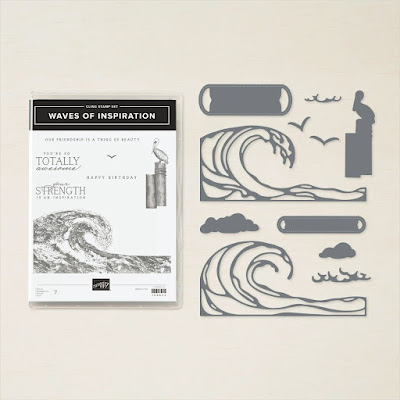 The Waves of Inspiration bundle consists of a seven piece cling stamp set, and coordinating ten piece Waves Dies. I have two cards to show today, so let's get started with the birthday card! 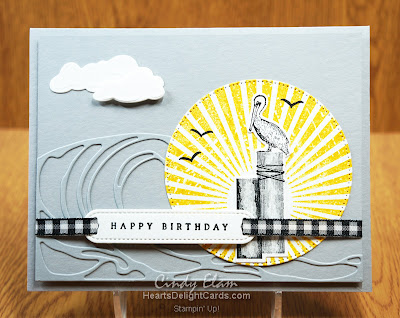 I was hoping for a somewhat masculine feel so I chose black, white, and gray, adding just a pop of color with the Daffodil Delight Rays of Light background. 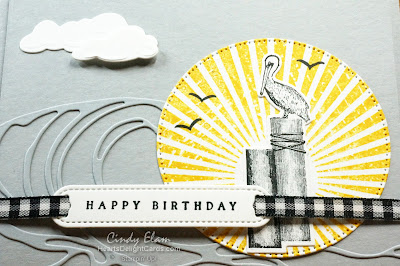 The die cut wave was cut in the same Smoky Slate as the card base so it would have more of a textural feel. 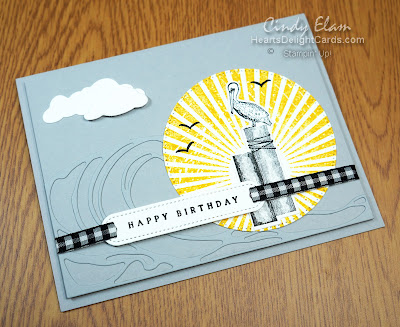 The clouds were cut from Basic White Thick cardstock with a shim behind the cutting plate so the embossed texture would really show. Of course, it doesn't show in my photos. 😕 I didn't use the bottom cloud layer on this card, but I did on the next! 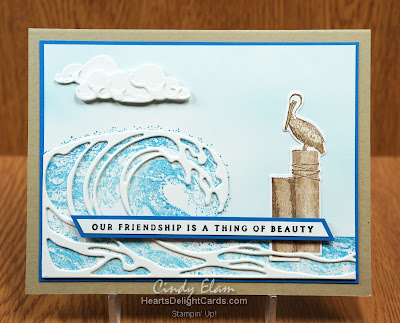 The wave on the friendship card was inked with sponge daubers using Tahitian Tide and Pacific Point and the sky was inked with Balmy Blue using a Blending Brush. 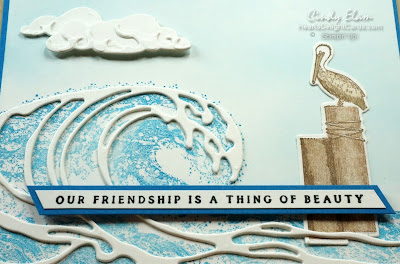 I cut two of the wave die cuts and layered them for more dimension, as well as adding the bottom cloud layers. 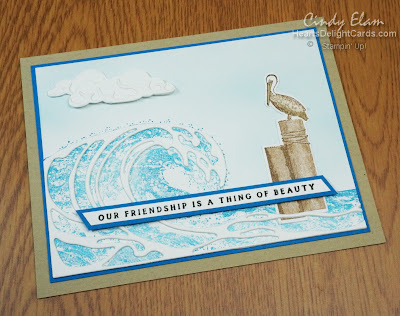 That's all I have to share for today, so click "Next" to see what Kristie created, or "Previous" to visit Jay again!