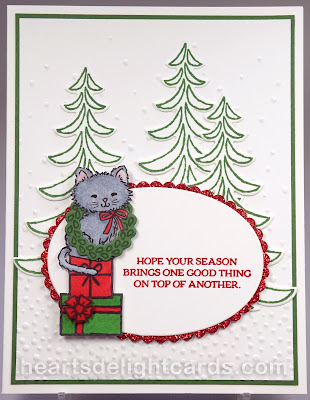 The idea for this cute little Christmas card has been rattling around in my head for a couple weeks, and I finally had a chance to make it today. It's not really what I originally had in mind, but through the design process things tend to get changed; sometimes a lot. Some days the finished product looks exactly as envisioned, other times it doesn't look anything AT ALL like the original idea. That's the great thing about creating! You never know where it will lead you.

I originally wanted to put a Santa hat on the kitty, but the ones in Jolly Friends are way too big. So that lead to the wreath, and then I thought it would be cute to have the kitty sitting on some Christmas gifts. Because I just know that my kitty, Pumpkin, would be climbing all over them if they were in his domain! 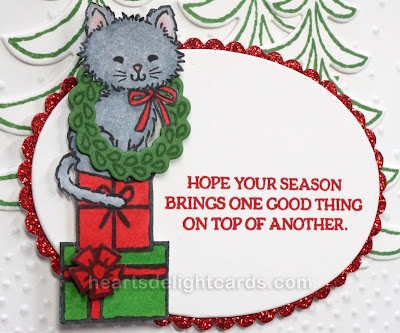 Here's a picture of the little punk sweet rescue kitty, in case you haven't seen enough of him on Facebook, lol. Actually, he really is a sweetheart and we are lucky that he found us down by the river where someone dumped him when he was a baby. He has the most gorgeous eyes! 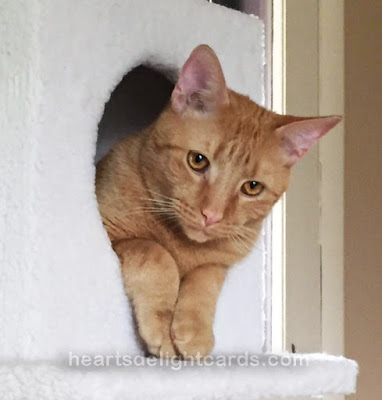 So, I do have kitties on the brain most days, and since I'm not very good at coloring ginger/tiger cats, the kitty on this card had to be grey. These were the Copic markers I used to color the image: 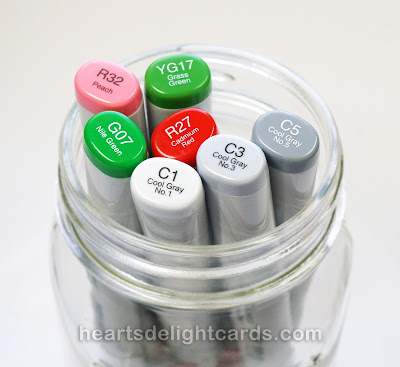