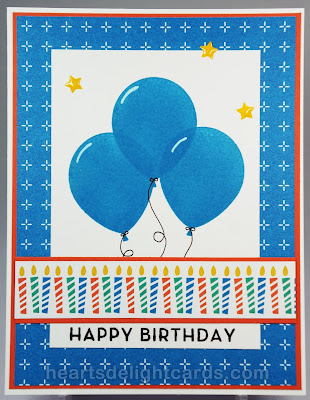 There are only TEN days left of Sale-A-Bration and, as we've seen, some things were so popular that they are gone. Stampin' Up! heard the wailing and gnashing of teeth over the items that are no longer available, and very graciously added some items that can be redeemed for FREE with a qualifying order. Please note that the item numbers listed below are the SAB item numbers; if you try adding the regular item number, you will be charged the regular price!

Card above was made with the Party Animal DSP.