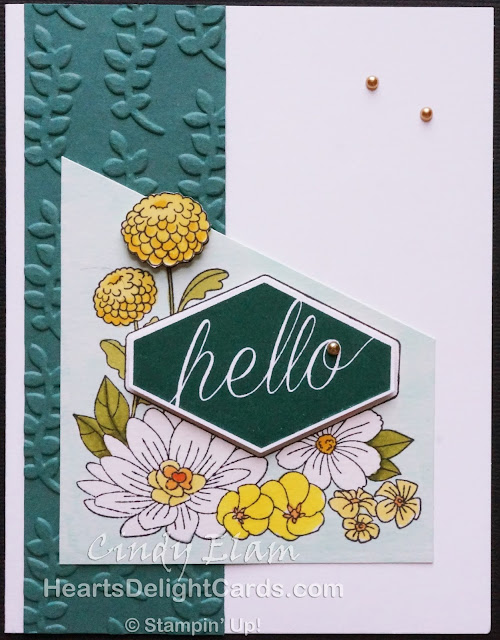 This is the other card with a totally different twist that I was talking about! I had stamped the image on a scrap of Shimmery White that had been used for a die cut, and was just playing around, experimenting with coloring the negative space with a Pool Party Light Stampin' Blends to see what it would look like. (I wanted some of the flowers to be white, but they didn't stand out on the white background.) 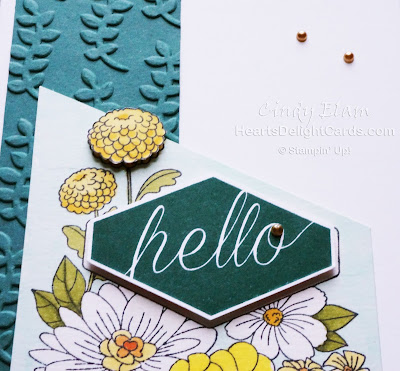 I liked the look, so I added some color to jazz it up, and then it looked really good! So now I was in a bit of a pickle, because the hole left by the die cut made it impossible to cut a neat rectangle so that I could use my "experiment" on a card. Hmmmm, what to do, what to do...... 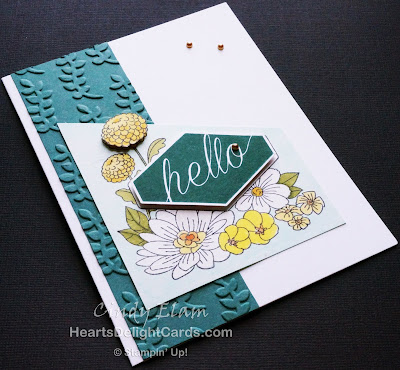 I didn't really want to fussy cut the whole thing, but then it occurred to me that I could cut it at an angle, following the angle of the greeting outline. Bingo! I did cut off part of the uppermost bloom, but that was easily remedied by stamping an extra and fussy cutting it to be popped up. I added the Tranquil Tide Climbing Vine embossed piece (turned so the vines weren't angled) for some texture and a few Metallic Pearls for more texture. All in all, a fun experiment that turned out well. I love it when that happens! So may end up in the trash bin, LOL.