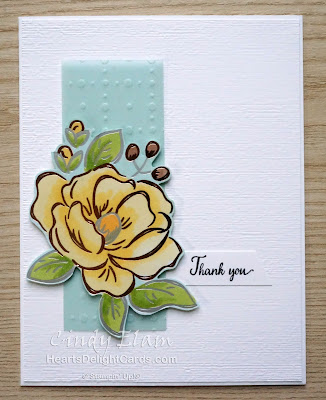 You know what a paper ho ... I mean, collector I am, so as soon as I saw the two new Specialty DSPs coming in the Sale-A-Bration second release next month, I HAD to get them, and I combined them both on this card!

The first one is called Flowering Foils and it has twelve sheets (12" x 12", three each of four designs) in beautiful rose gold and silver foil. The designs are shown below - click to enlarge for detail. 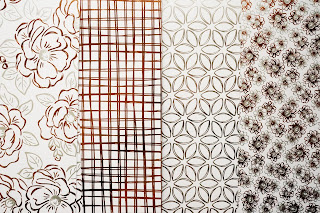 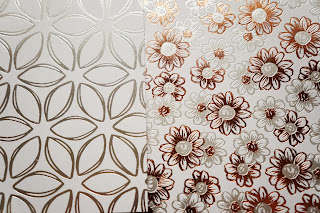 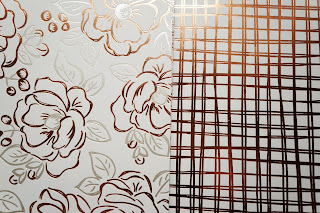 The second specialty DSP is called So Very Vellum, and each sheet is embossed with dots in a grid pattern. It is also 12" x 12", and contains two sheets each of Pool Party, Purple Posy, and Soft Sea Foam. 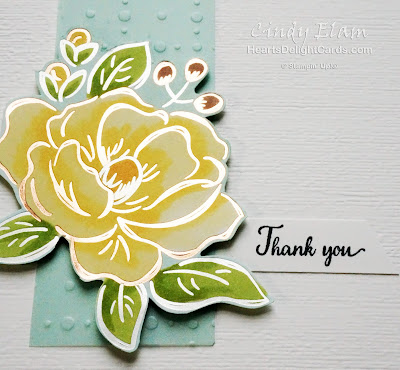 I colored one of the large blossoms with Stampin' Blends and fussy cut around it. Since I was in a hurry, I colored the background behind the blossom with Pool Party, so the white would blend in with the Pool Party vellum, rather than meticulously cut around each little detail. 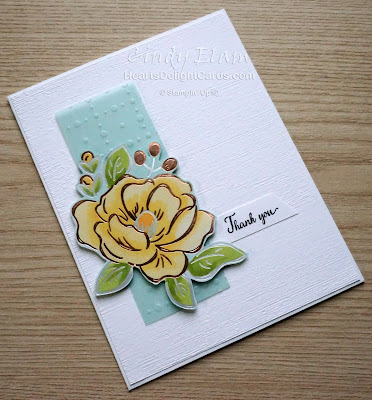 The 'thank you' greeting is from the New Wonders stamp set, and was the perfect size for this card!

I'm giving you a heads-up; just like the Golden Honey Specialty DSP that is part of the current SAB offering, these are going to be VERY popular, so get them sooner rather than later! You can choose either one for free with a $50 purchase starting March 3rd. Oh, and there will also be three new stamp sets for the SAB 2nd Release, as well. More on that later!