A Close Call. Oh, and a Luminaria!

Well, I had a near-disaster today, and if it weren't for my wonderful husband, who is a whiz with computers, I'd be locked up in a rubber room tonight.  (Hmmmm, rubber room doesn't sound so bad to a stamper, heh heh.)

All of a sudden there was a  loud buzzing, and sparks and smoke coming from the back of my computer!  I thought for sure it was DEAD, that I had lost everything (and there is a lot) stored on it. I numbly went and sat in my stamp cave, and then the tears started.

But my knight in shining armor came to my rescue!  He's the one who had built it for me a couple years ago, and he thought that maybe, just maybe, the power source had gotten fried, but not the hard drive.  And he was RIGHT!  WOOHOOOOO!!!  So, the pictures I had just uploaded a day ago weren't lost, and here they are: 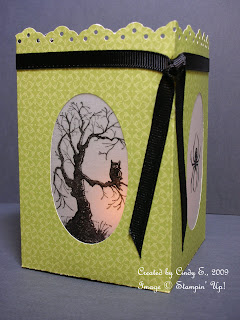 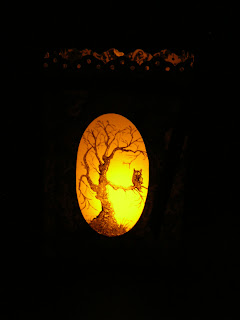 I found the LED flicker tea lights at the dollar store (2 pack!), so I feel safer using them instead of a real candle.  You can't even tell the difference! 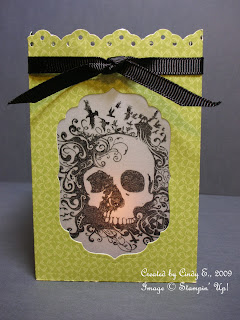 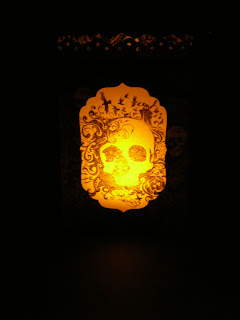 I like the way the inside pattern of the DP shows through a little when the lights are out.  Did you notice the little skull next to the stamped one? :-D 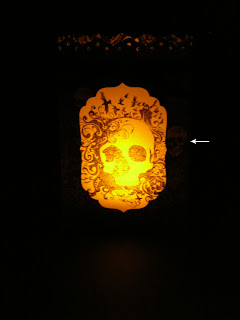 Have a great weekend!  I have a class and a workshop on Saturday.  Yipppeee!  I'm looking forward to sharing the fun of stampin' with others!